Al Smith has a varied and extensive background in business leadership and visionary management, including television, video and film production. Mr. Smith received a Bachelor Degree in Mass Communication from Western Illinois University in 1979.

Mr, Smith began his 20 year in film and television as a groundsman at Chicago’s Superstation WGN. Mr. Smith moved to California in l980 to a position with CBS Television City as Manager of Internal Communications and Special Distribution. He continued his career working at Group W Productions and KTTV Channel 11. Thereafter he began his own company, Telview Communications Group (TCG) and produced music videos for many singers including Stevie Wonder & Paul McCartney, Sheena Easton,Neil Diamond and Lionel Ritchie. He also produced Olympic specials and training videos for McDonald’s and Northrop Corporation.

Mr. Smith received a Certificate of completion in Business Finance in Commercial Real Estate from Bob Allen’s Entrepreneur School in l985. He has been a studio developer and involved in the investment banking, insurance and real estate fields.

Mr. Smith established Lite Stone Entertainment in 1997. Mr. Smith has developed, packaged and sold scripts to the major studios. He has been an Executive Producer on many films including Bad Blood, She’s the One, Resurrection County and The Touch. 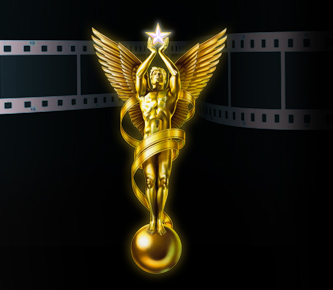 Growing from a cinematic seed in the minds of the founders, Max Keller and Micheline Keller, Keller Entertainment Group has evolved into a critically acclaimed boutique studio, specializing in the international production and distribution of motion pictures, television series and digital media content for worldwide audiences. The Kellers produced their first film in 1978 and today Keller Entertainment Group is one of the longest surviving independent motion picture companies in the United States entertainment industry having produced, distributed and owning the copyrights on its library of over 200 programs.

On any given day, in any country throughout the world, the Kellers product is likely to be seen in theaters, on broadcast television, on demand and streaming on the internet.

For more information on Keller Entertainment Group, visit our website at
www.kellerentertainment.com

Mr. KELLER is the motivating force and principal shareholder of Keller Entertainment Group and its Chairman and Chief Executive Officer. Mr. Keller is an attorney and long time member of the State Bar of California. After retiring from a successful law practice, Mr. Keller entered the entertainment industry as a principal and developed extensive experience in the finance, production and distribution of motion pictures and international television series on a worldwide basis for the past 30 years.

Throughout the years, Mr. Keller has served as a Producer and Executive Producer on a variety of theatrical and television films and Keller Entertainment Group currently distributes and owns the copyright on 200 programs all of which Mr. Keller produced and financed. Mr. Keller has set up international coproductions which have been produced in locations as diverse as Australia, Mexico, St. Croix, South Africa, the Philippines and many states (including Hawaii, California, Alabama, Georgia, Louisiana, New York and Oregon) throughout the United States. Mr. Keller was recently an Executive Producer on Hands of Stone starring Edgar Ramirez, Robert De Niro and Usher which was released by The Weinstein Company in over 2600 theatres in the USA in the summer of 2016.

Mr. Keller was an Executive Producer of the successful ACAPULCO H.E.A.T series and packaged the series through prebuys with television stations across the world. The series was broadcast in over 120 countries and continues to be available today on internet platforms such as YOUTUBE and HULU. He is now pleased to partner with Al Smith and Lite Stone Entertainment to bring ACAPULCO H.E.A.T. The Movie to theatrical screens worldwide.

Ms. Keller is a principal shareholder and President and Chief Operating Officer of Keller Entertainment Group. Ms. Keller studied at the Sorbonne in Paris and received her Bachelor of Arts from UCLA and JD from Southwestern University School of Law. Ms. Keller established a law practise in l974 and thereafter she joined her husband, Max Keller, in forming their own entertainment companies.

Ms. Keller’s emphasis in their entertainment companies has been creatively working on the development stage of the programs and following through on their production and post production phases until completion and delivery. She has served as a Producer or Executive Producer on over 20 movies and 170 episodes on four television series.

Ms. Keller was one of the Executive Producer of the 48 one hour episodes for the series, ACAPULCO H.E.A.T. and worked extensively with the writers, directors, cast, editors and composers on the Series. She is looking forward to now having the opportunity to bring ACAPULCO H.EA.T. The Movie to the theatrical screens worldwide.

Mr. Keller is Executive Vice President of Keller Entertainment Group and overseeing development projects for the company. Mr. Keller grew up on location sets all over the world and when available worked on the Kellers productions in various capacities.

Mr. Keller graduated from UCLA with a Bachelor of Arts Degree in Theatre Arts. His acting background has given him extensive experience working with directors and actors having acted in over 20 films and commercials. He has appeared as one of the lead actors in several plays in Los Angeles including in 2016 in The 39 Steps and Peter and the Star Catcher., and in 2017 in A Midsummer Night’s Dream and The Chinese Wall.

Mr. Keller is looking forward to the return of ACAPULCO H.E.A.T!

ROBERT BORIS, has been an Emmy and Golden Globe Nominated writer of books, feature films and TV Movies for well over 30 Years. He Won the Writer’s Guild Award for Best TV-Mini-Series for his historical drama BLOOD FEUD, about the Kennedy Administration and their war on Organized Crime. In fact, the very first screenplay Mr. Boris wrote, coming straight out of Carnegie Mellon University, was turned into a major feature film for United Artists. It was called ELECTRA GLIDE IN BLUE, and was the Official American Entry into the famed Cannes Film Festival.

Mr. Boris loves to write Action, Adventure, History and Comedy… and in an exciting and unique way, he feels that updating the entertaining and classic ACAPULCO H.E.A.T. TV-Series is a thrilling combination of all those elements.